Don’t miss this highly-exclusive, intimate opportunity to network with like-minded individuals at one of Austin’s most chic restaurants! 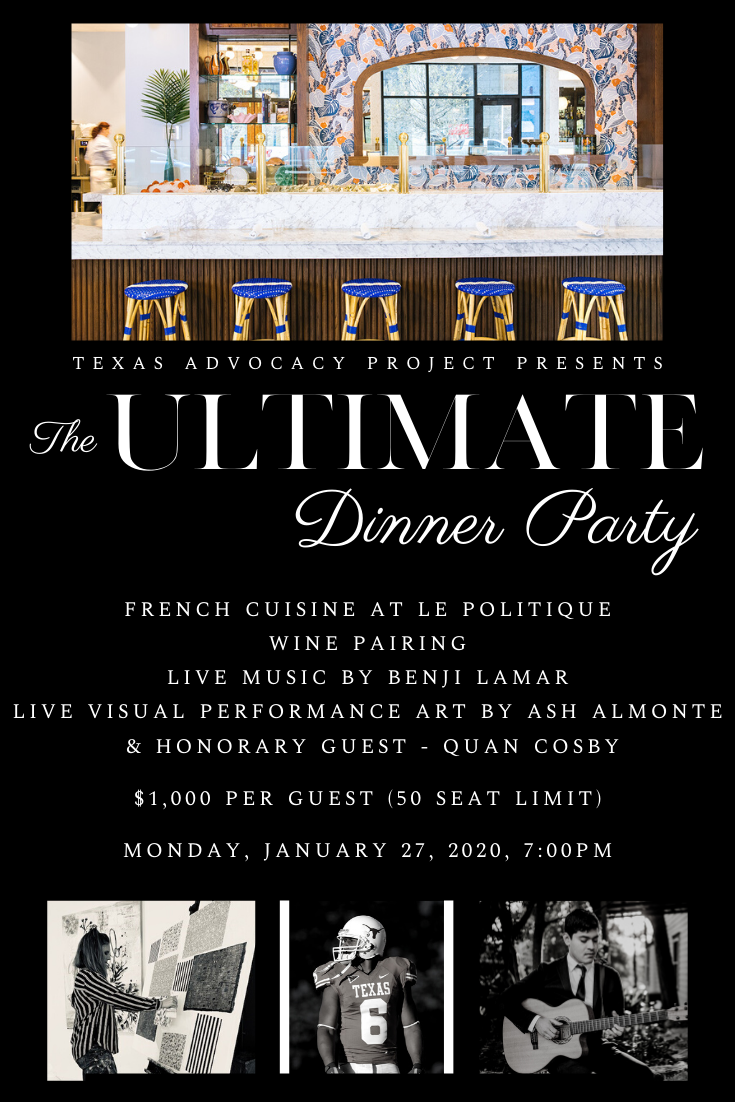 Don’t miss this highly-exclusive, intimate opportunity to network with like-minded individuals at one of Austin’s most chic restaurants! With all of Le Politque, to ourselves, guests will enjoy live music by singer-songwriter, Benji Lamar, and watch the renown Austin artist, Ash Almonte, paint LIVE before your very eyes. Quan Cosby, our honorary guest for the night, is a former NFL wide receiver and was also drafted to the MLB. While in college, Cosby played for the UT Longhorns and is currently an announcer for the Longhorn network for both football and baseball.

This is a unique celebration of some of The Project’s most loyal and generous donors. For $1,000 per guest, you’ll join a total of just 50  - with a menu prepared by the Culinary Director behind TRU, Spring, three Michelin-starred L.2o, and the Peninsula Hotel.

Please help us and let your friends, colleagues and followers know about our page: The Ultimate Dinner Party