"More is required of public officials than slogans and handshakes and press releases. More is required. We must hold ourselves strictly accountable. We must provide the people with a vision of the future."
–Barbara Jordan

The VISION Award recognizes a leader or organization committed to ending power-based personal violence in Texas.  This year we are pleased to honor Senator Joan Huffman whose career as a public servant has been spent advocating against family violence. As Senator, she has authored and sponsored multiple bills that are aimed at providing protections for survivors of family violence and sexual assault. 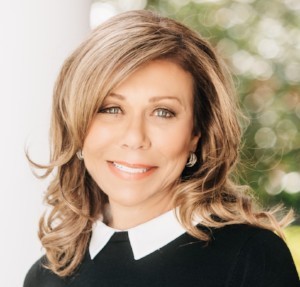 Senator Joan Huffman started her career as a public servant in 1981.  After graduating from LSU, Joan was hired as a secretary at the Harris County District Attorney’s office where she became inspired by the work of prosecutors and decided to attend law school.  While taking night classes at South Texas College of Law, she worked as an intake intern at the Citizen’s Complaint Desk, which at the time was the place where victims of domestic violence were routinely referred and personally appeared, appealing for help and for criminal prosecution of their cases. After earning her law degree, she was hired as a prosecutor in the office where she had worked as a secretary and intern.

Joan quickly advanced from prosecuting cases in misdemeanor court to Chief Felony Prosecutor, Special Crimes Gang Prosecutor, and Legal Counsel to the Organized Crime Narcotics Task Force.  Over her career, she served as lead prosecutor in over 100 jury trials, including murders, sexual assaults, and aggravated robberies, earning a reputation as a fair and tough enforcer of the law. Her reputation combined with her willingness to serve the community, propelled her to the bench of the 183rd Criminal District Court, where she was twice elected before stepping down to spend time with her young son, Luke.

Senator Huffman’s dedication and leadership in the Texas Senate has been acknowledged by numerous advocacy groups.   Most recently, she was named as the " 2017 Hero for Texas Children" by the National Center for Missing and Exploited Children, a "Houston Hero" by Crime Stoppers of Houston, and she is the only three-time recipient of the Texas District and County Attorneys Association’s “Law and Order Award” for her efforts to improve victims’ protections and the criminal justice system. Senator Huffman is widely recognized as the Senate's leader in the fight against human trafficking and serves on the Board of Directors for Child Advocates in Houston, where she lives with her family.

Please join us on Saturday, September 29th when we present Senator Huffman the Vision Award.  Tickets & Sponsorship information at http://www.texasadvocacyproject.org/black-white-ball. 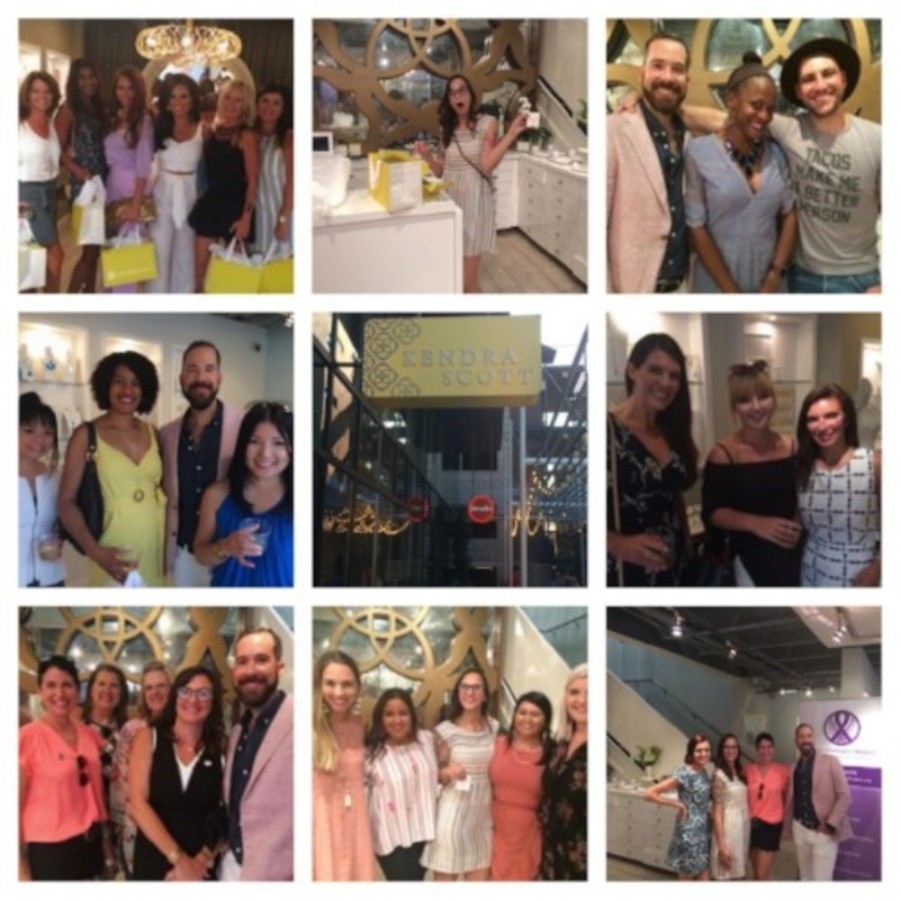 Thank you to the Kendra Scott team at the South Congress location!  We raised over $1,000 thanks to them and our gracious supporters.  Be sure to visit the Kendra Scott jewelry pull game, debuting at the Black & White Ball this year! 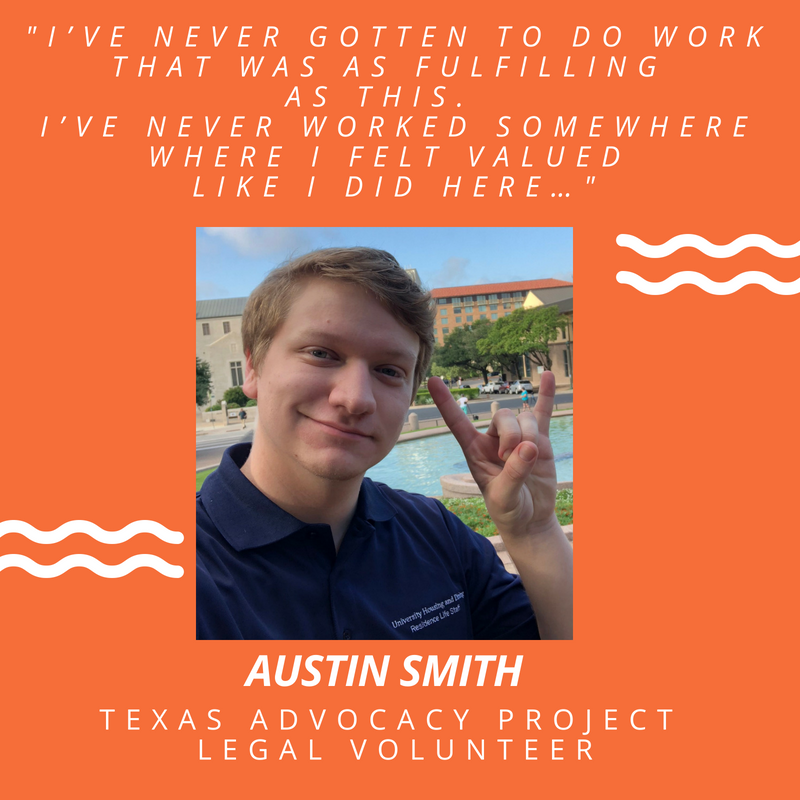 1) Where do you go to school?  What are your plans after graduation?
I'm an undergraduate senior at UT. I'll be graduating a semester early, this fall. I have an offer for Teach For America starting next summer in New York City. When that commitment is up, I plan to apply to law schools.

2) Why did you choose to be a TAP Legal Volunteer?
TAP was at the intersection of two of my passions. I've worked for a while as an advocate at UT for survivors of stalking, sexual assault, and relationship violence. I also want to go into law, and did a lot of mock trial in high school. TAP came and did a training for a group I'm in at UT, called the Interpersonal Violence Peer Support (IVPS) Program, and as soon as I found out there was a group of people out there using their knowledge of the law to advocate for survivors, I knew I needed to get in contact with them and try to work with them.

3) Briefly describe what you did for TAP as a Legal Volunteer?
A lot of my work at TAP was focused on our direct representation cases. These are cases that took a bit more time and energy to prepare for, some are even scheduled for trial at this point. When the need arose, I would also create drafts of legal documents, so that the attorneys on staff had more time to work with clients or get some of the more complex tasks done.

4) Why is TAP’s mission so important to share with others?
Our world is not built with a survivor's best interests in mind. Getting out of harmful relationships, and recovering from them, is incredibly difficult. Financially, socially, emotionally, it's an up-hill climb, and that climb is made even harder by other barriers folks face due to holding certain identities. And that isn't fair. The world shouldn't be easier for abusers to navigate than it is for survivors of abuse. While we can't just magically bring about complete healing and justice, helping folks use the law to their advantage can be a huge step forward. Before working with the TAP team, I would have had no idea how to go about getting legal protections for myself, getting custody of a child, or processing a divorce. TAP makes those actions manageable, for people who are more than deserving of a little help. I think it's important to share TAP's mission because anyone with an interest in what's right should have an interest in Texas Advocacy Project.

5) How did volunteering at TAP have an impact on you?
My time at TAP taught me a lot about the ins and outs of the legal system, but it also gave me a lot of new skills I can use moving forward to interact with clients and advocates. I learned what it's like to have some autonomy, and what kind of work environment I personally could best succeed in. I'd never had experience in a position like this, where I was given complex tasks to complete on my own, and I really enjoyed the space I was given to grow.

6) What did you enjoy most about your time at TAP?
I loved working together with like-minded people to help folks as best we could. When I showed up, I could tell that the entire office held similar values when it came to supporting survivors, and it was great working with such smart, qualified, and dedicated people towards the same goals. I feel like my time there had value, because when we drafted documents or went to a hearing, there was a real person that we were doing that work for.

7) What is your favorite pastime?  Where can we typically find you on the weekends?
When I find the time, I love just laying down and watching T.V. after a long day. If you name enough shows, I'm sure I'll have watched a few, and I'll likely have some opinions about it as well. As for the weekends, if I have time off from work, and school isn't too rough, I try to make the most of that with friends. I end up being so busy during the week that I really need some time with other people to re-energize. 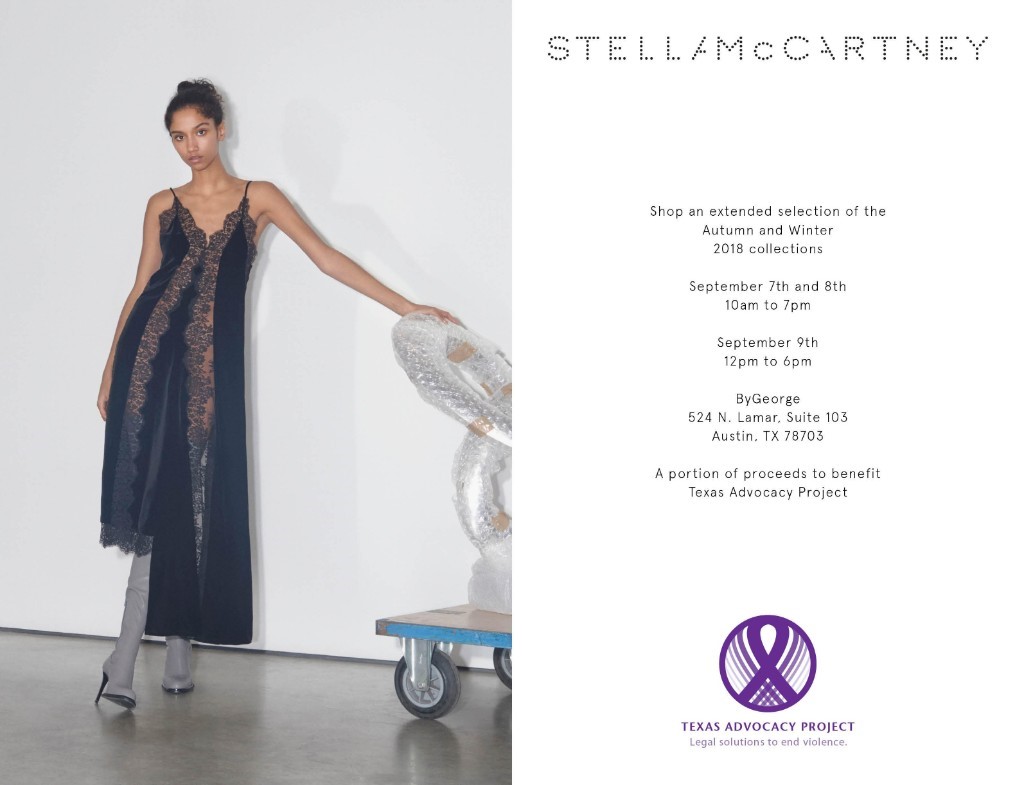